A futuristic party hosted by scientists at the CERN Hadron Super Collider in Switzerland sparked Spaceface member Jack Ingalls’ concept for the band’s latest single, “Piña Collider,” which is accompanied by a retro-themed music video.

The title reflects the primary symbol of the song: a mythical concoction that dismembers your matter, enabling you to become conscious of your connectedness to the human experience. In an effort to truly bring their single to life, Spaceface created a drink recipe that listeners are encouraged to enjoy while embarking on their auditory journey. The mixer includes the following: 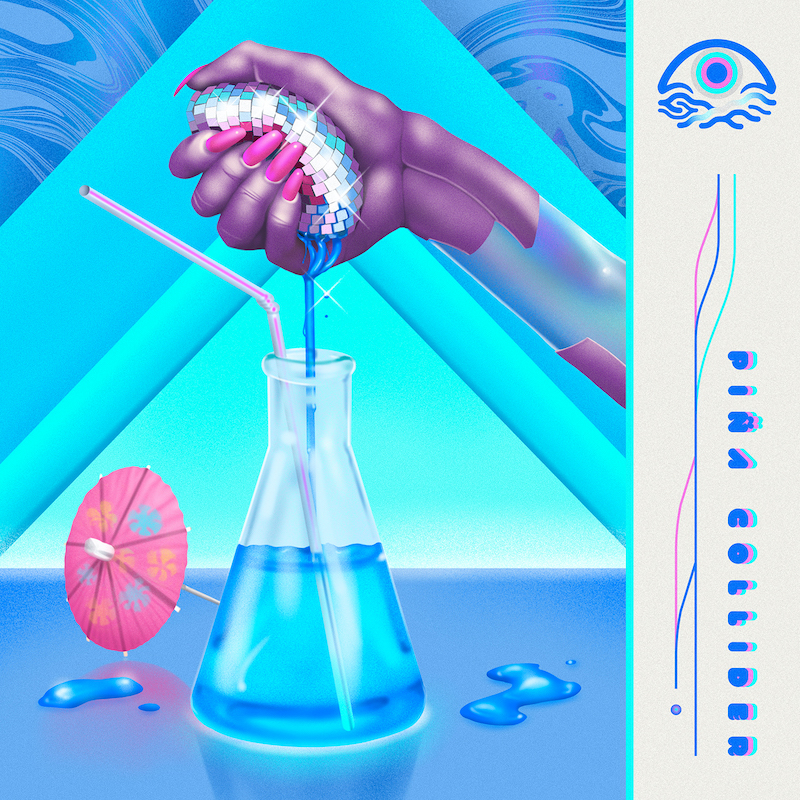 Diving into the initiation and process of his inspiration behind “Piña Collider,” Ingalls shares:

“We got to go inside the Super Collider, take pictures in front of a dark matter factory, and even drink a little with the scientists. I learned that the crew who showed us around are, in fact, in their own band, which we named the song after. When it was mostly ready, I sent the track off to those same scientists and asked them to record the group vocal parts at the top of every section – “Everyday! Gamma Ray! Boomerang!”, etc. They even sent me samples of particle beam dump sounds and other weird noises you hear around the facilities for us to put into the song.”

Ingalls’ creative genius is complemented by fellow band members Matt Strong, Eric Martin, Daniel Quinlan, and Katie Pierce. As a collective, Spaceface is reputed for their psychedelic sound, which embodies their exploration of the multitude of fascinating secrets contained within the universe. The band presents their musical productions as soothing escapes from the often daunting nature of reality. With “Piña Collider” following “Happens All the Time” as their second single released this year, we hope to hear more from Spaceface in the near future.